In 2018 the possession of dagga was ruled by the courts legal for personal cultivation and consumption in the private confines of one’s home, this follows long-running court cases to legalise the plant in South Africa. Many people thought that was the first step to open up our dagga industry and its related industries (unrelated to smoking) like hemp products, while others simply say that all it did was affirm the constitutional right to privacy to do what you want to in your own home.

Regardless public perception has changed around dagga and we have now seen CBD oils, drinks, ejuice, sweets with large dagga leaves on the packaging of mainstream stores, something we have not seen before (outside of a Rastafarian stall at a flea market). With the economy in freefall and soaring unemployment, the continued illegal nature of the plant and prosecution of its possession begs serious questions. Are we looking a gift horse in the mouth or should we keep the “habit-forming drug” that “diminishes the work ethic of agricultural labourers and encourages sex across the colour line” illegal?

The current industry
At the moment products containing the dagga derived Cannabidiol (CBD) oil containing a tiny fraction of a fraction THC or tetrahydrocannabinol (the chemical responsible for most of dagga’s psychological effects) is legal to be sold in SA. We’ve seen these in the shops, this stuff isn’t that wonderful (too little THC, even for anxiety) but I digress.

Then we’ve seen some people that have tried to work around the personal use law (or at least have a different interpretation of it) by establishing private clubs that charge a membership fee to enter and smoke weed and some other workarounds which are still considered legal grey areas (or even illegal). The problem is that government is still actively prosecuting dagga, so if you are doing anything outside personal use the comfort of your home, you risking long court cases and expensive lawyers.

I will briefly look at the potential industry, the history, the legal framework and the political hurdles. And I will add my opinion as to why if/when the government decides to legalise dagga it probably won’t make a very big difference.

Legalising dagga for recreational (and medical) use will open up new categories of business in South Africa. We know that it can be sold the same way tobacco is sold and smoked; we know that it is used as a pain reliever for people with terminal illnesses, also used for anxiety. That is probably the most common recreational and medical use. However this is just the beginning, there will be a whole lot more opportunity, both around growing the plant and ancillary businesses.

Some have divided in the industry into two terms “plant-touching” (cultivating, distributing, processing or selling) and ancillary, this is more the B2B site that supports the plant-touching, this can be growing or smoking equipment, lighting, and industries that specialise in supporting the plant-touchers, marketers, lawyers, software etc.

Within the conventional dagga industry (the plant-touches I mentioned above), in countries where it has been legalised, the main businesses are the growers and “dispensaries”, (these are the manufactures and the retailers in the traditional business sense), dispensaries are the retail outlets where you go and buy it, think of them like a vape shop that sells various ejuice’s from different suppliers (however depending on local laws you might need a prescription).

Growing:
Starting out it dagga can be grown, harvested, dried and cured with not a lot of expertise, resources, it does not require large tracts of land due to its price relative to yield (the price will decrease when legalised fully due to competition and the elimination of risk). And like any other industries, there is the more sophisticated, the more advanced more scientific part, techniques, the scale that requires more skills and resources.  What I’m trying to say is that even people that didn’t go to school can grow it and sell it and earn a living, compared to the alternatives for them out there.

Smoking:
There is money to be made selling smoking apparatus.

Establishments:
Then we have the new industry category it creates, dagga friendly coffee shops, venues where stoners can relax and smoke a joint. It even helps with tourism people come from countries where it is still illegal and they come to smoke.

Food:
Then we have the edibles, brownies, chocolates, gummies etc. 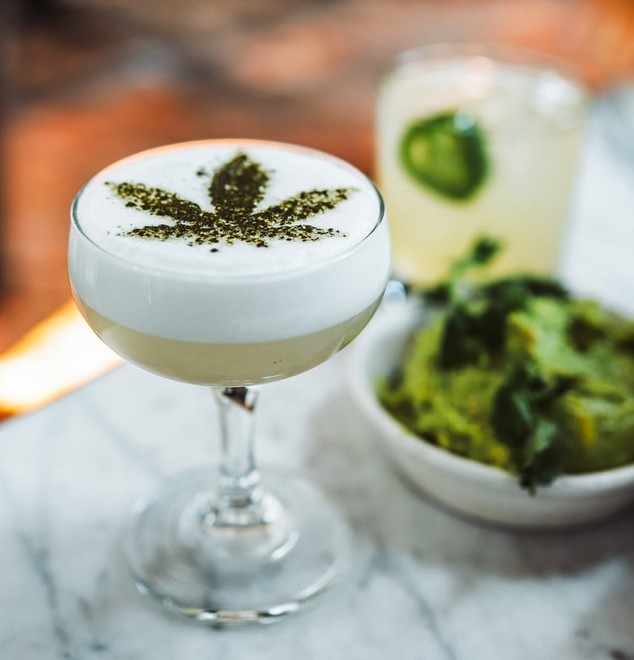 So in general terms where will be money to be made in manufacturing, product testing, retail, consulting and other value-added services etc.

Should dagga be legalised? If so how much difference is it going to make in the life of the average poor person?

If we have to accept the colonial reasons for criminalising dagga, then we have to permanently ban alcohol as well. There is a shebeen on every corner in the townships, people sitting around drunk the whole day being unproductive, farmworkers drink it all the time, and when people are drunk inhibitions go out the window which could lead to interracial sex. And what about tobacco and all it’s dangerous chemicals?

Based on principal alone the dagga prohibition law belongs in the dustbin of history along with other laws like the Immorality Act, Mixed Marriages Act and the Group Areas Act. Nicotine and alcohol are both habit-forming drugs and they are both legal in South Africa. It is a colonial law and the inference that it makes you an unproductive member of society has no basis. Elon Musk smokes weed so do countless other geniuses that have changed the world. Some have even wondered if it was the dagga that made Steve Jobs a genius. And you can have carnal knowledge with whoever you want.

Now we can infer that legal dagga will be a multi-billion rand industry, we accept that it can be started with not a lot of money and grown, and to act now while still illegal in many parts of the world might give us a competitive advantage but if there is one thing that we know for sure is that the South African government will never and I mean never act in the best interest of their citizens. Here is how they are going to screw it up: Regulation.

The problem with regulation
South Africa is already a very difficult place to do business, any type of compliance costs money, essentially putting barriers in place for small business making it too expensive to operate in the industry.

The problem with permits
The biggest question is if it is fully legalised, how will the legal framework look? So far we have heard a lot about “regulation” and I’m not talking about not selling to under 18’s that is a given, I’m talking about a licence or permit system.
The first problem with permits is that the government will decide who to give it to and it’s not going to be based on who most deserves it. We see in the fishing industry one ANC crony is put above thousands of small-time fisherman. Every allocation process involving the ANC is corrupt. Also, permits do not guarantee compliance, look at the taxi industry they have permits but they are out of control.

South Africa has a conservative unemployment rate of just under 40% with one of the highest crime rates in the world, often blamed on the socio-economic situation. Less progressive governments in far more prosperous countries have unlocked the potential by legalising dagga and also freeing up police and judicial resources to focus on more serious crimes, something we need as well. Now if you were in South Africa’s government’s position you would think that the government would be looking at all avenues with much urgency. It does not appear to be the case, they seem very nonchalant like they are living too comfortable to know how hard it is for the average man on the street.

Let’s forget dagga for a moment, it’s still a bit controversial for some, anything, any lever that the government can pull to get people out of poverty, they don’t pull. When you say that the government is purposely keeping the majority poor, people look at you like you are a conspiracy nut.  They say never attribute to malice that which can be adequately explained by stupidity. But is the government really that incompetent? If we look at the way they handled COVID-19 I think they really are and that cost lives.

If we look at the chatter that comes from the ANC government regarding legalisation, one of the first things that came out of their mouth was how is it going to be taxed, this is to further their agenda, this will increase the barrier to entry allowing for only well-funded players just like in the other sin tax industries. But this is what happens when you stupid and greedy. If you can invent an industry that will help a lot of people, let’s say 1 million that are currently unemployed with no prospect of ever getting work but you don’t regulate it, just keep it informal, its just like growing herbs rosemary or thyme. Common sense tells you 1 million people are going to have money to spend. Even with no relationship with SARS, they going to pay 15% VAT on almost everything (a tax rate higher than some countries and same as Mauritius’s flat income tax rate) and once they hit an income tax bracket go after them.

This can lead to a “Miracle on the Han” but that is for Part 2. 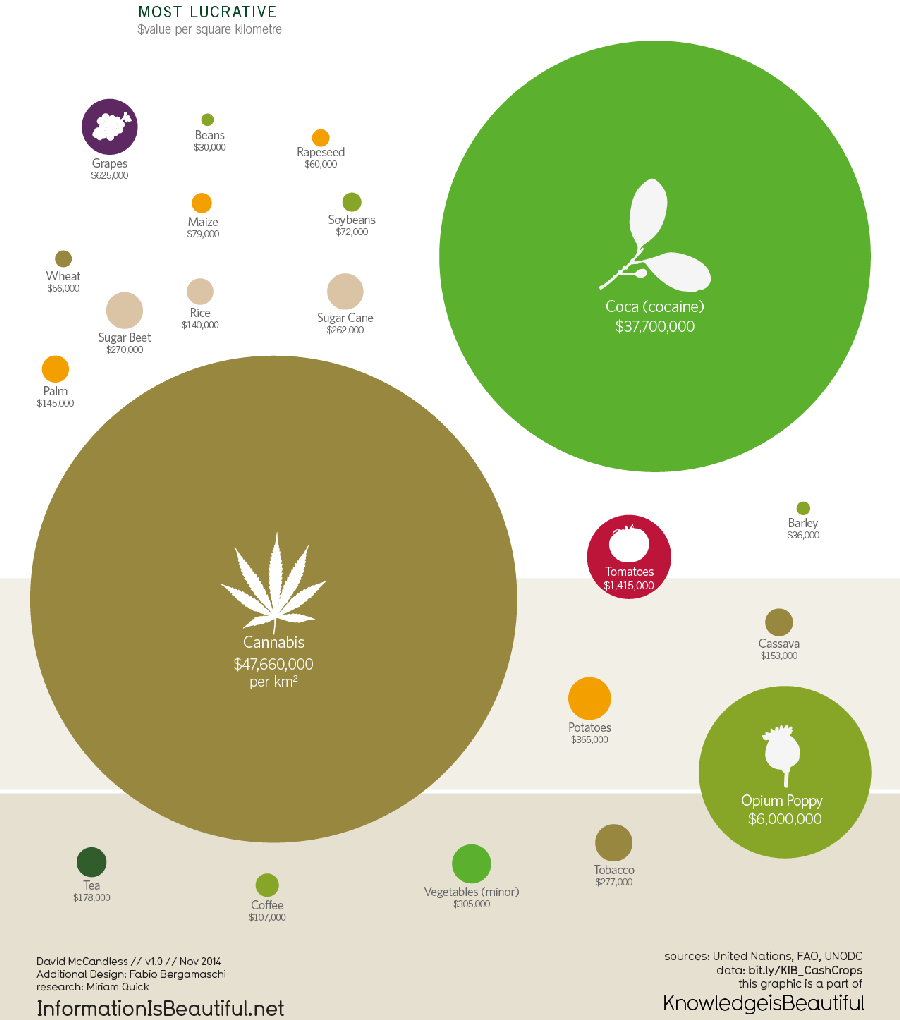 Khoi Capital is a website showcasing practical small business ideas in South Africa. Our goal is to help you start your own business with as little capital as possible. I’ve always believed that people can get out of poverty no matter their current economic situation by sheer hard work and by not making excuses – or allowing others to make excuses for them.