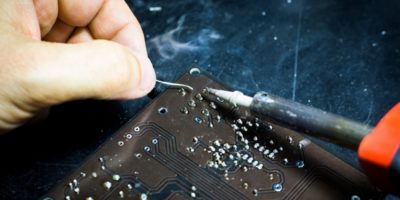 Take This Time to Learn a New Skill 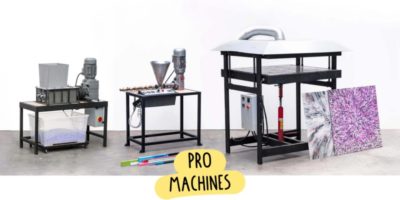 With the Hartbeespoort Dam plagued by the dreaded water hyacinth we look at ways to monetise this plant in a country with high unemployment and where access to finance for entrepreneurs without existing assets or revenue is virtually nonexistent.

What is water hyacinth?
Water hyacinth is an aquatic plant native to the Amazon basin, and is often a highly problematic invasive species outside its native range which has a negative impact on aquatic ecosystems. It is considered a parasite, it sucks oxygen out of the water, the weed can double in size in days, which clogs waterways making fishing and boating all but impossible.

For years scientists have applied their minds on how to eradicate this problematic plant, with varying degrees of success. Pesticides pollute the water and kill other plants and animals, and sometimes result in the hyacinth being replaced by another pest, the alligator weed. While certain insects can slow the spread of water hyacinth complete eradication is nearly impossible, we will look at ways this plant can be used for employment creation by recycling it.

While nothing is preventing you from releasing your dinghy into the hyacinth invested dams and collecting as much as you can. There is a better way: working with those already removing the plant.

Let’s take the Hartbeespoort example, a lot of money is being spent to remove the hyacinth (the numbers are still a bit hazy but I have read 95000 tons in total mentioned and growing by 1000 tons a day, I have also read that 1000 tons is currently being removed daily and that they have the equipment to remove 2 hectares a day, nonetheless it is an large quantity as the dam is almost completely covered), this hyacinth can then be  taken away to where it will be processed by various entrepreneurs and sold and some revenue shared with the clean up organisers. It’s unlikely they will get anywhere close to the money back they are currently spending, but even if they get 1/10th back, they are getting money back they otherwise would not have gotten and the plant is immediately removed from the area. Now there is some talk that the Hartbeespoort removal people want to process it in some way or another (I have seen compost and fire briquettes being thrown around), I think they will make the same amount of money if not more, save a lot more time (waiting for plants to dry) and effort (processing) by selling it as it’s being removed and then immediately taken from the area to be processed. This will solve the problem quicker and not have rotting plants lying all over the dam.

In South Africa water hyacinth is a problem in the Western Cape, KwaZulu-Natal, Gauteng, Free State and Mpumalanga. It is particularly problematic along vast stretches of the Vaal River.

Regardless of where it’s found, the business strategy that makes the most sense is to haul it away after it has been removed as removing it in large quantities will be cost prohibitive (a tab that is usually picked up by government, or as the case of Hartbeespoort by private citizens and companies). In the case where cleanup is funded by homeowners, a donation can then be made in the form of either a small fee upfront or a revenue-share agreement to contribute towards further cleanup.

The water hyacinth fibre alone does not make a particularly good paper but when the fibre is blended with waste paper or jute it produces better results. The pulp is dosed with bleaching powder, calcium carbonate and sodium carbonate before being heated.

One of the proposed method goes as follows: harvesting and collection of the plant > drying the plant > collection and transport to the kiln > pyrolysis > mixing of the resultant dust with a binder > pressing into briquettes > marketing of briquettes. (I have covered making briquettes before).

Fibre board
The chopped water hyacinth stalks are reduced by boiling and then washed and beaten. The pulp is bleached and mixed with waste paper pulp and a filter agent such as china clay and the pH is balanced.

Yarn and rope
The fibre from the stems of the water hyacinth plant can be used to make rope. The stalk from the plant is shredded lengthways to expose the fibres and then left to dry for several days. The rope making process is similar to that of jute rope. The finished rope is treated with sodium metabisulphite to prevent it from rotting.

Basket work
Water hyacinth can be dried and used to make baskets and matting. The key to a good product is to ensure that the stalks are properly dried before being used. If the stalks still contain moisture then this can cause the product to rot quite quickly. Traditional basket making and weaving skills are used.

Implementation
In South Africa, monetising the water hyacinth will be best carried out by either a cooperative of entrepreneurs or an NGO taking on the project, most likely rural based as lots of space will be required to dry the plant to get to commercial scale. Why this is challenging for the single small business is the transport/logistics and the space required is best split amongst many entrepreneurs. To explain the scale we are talking about, one study mentioned that to produce 40 tonnes of briquettes per day 12 hectares would be required for drying the 1300 tonnes of wet hyacinth needed, under optimal conditions.

Paper production using hyacinth can and is mainly done on a small scale.

We will be researching further for a sustainable South African solution for using the water hyacinth in job creation/entrepreneurial/small business projects.

You have a business idea, where to next?
How to Start a Business from Business Idea

Take This Time to Learn a New Skill

Khoi Capital is a website showcasing practical small business ideas in South Africa. Our goal is to help you start your own business with as little capital as possible. Our service is particularly helpful to people who cannot find a job. Part of Khoi.biz

Niche & Unique Business Ideas focussed on a smaller subset of a market.